It hasn’t completely sunk in that it’s a new year – partly because I’ve done nothing but recover from a 14-day trip and mostly because 2014 came and left too quickly. Also, because a new year is not the biggest deal to me. I know we all fall into the resolution trap annually – many of which we don’t stick to – but that doesn’t mean that they’re not worth having. I know there are hundreds of posts and statuses announcing how incredibly amazing the past year has been and how much people are looking forward to 2015, but this post is about something a little different. 2014 didn’t end as brightly as I would have hoped. Two of my closest family friends have fallen ill this past year and if I can hope for one thing in 2015, it would be their physical and emotional recovery.

I spent the beginning of my Christmas vacation in Paris and the rest of it in Cairo. I left Toronto with last-minute travel plans and left behind a load of things desperately waiting to be finished (scripts, interviews, applications, etc.) and my procrastination has come back to drag me from the eyeballs. Despite being congested and sick for most of the trip, I was able to find some time to enjoy it and see family/friends I hadn’t seen in ages, but I have to admit: I was dying to get back to Toronto. Never have I ever look forward to coming home so badly.

I mean it when I say that 2014 has been incredible in many ways, even the problems I had rolled around in style. I learned that being confused is good for you (at least it means you’re thinking), that overt and aggressive honesty is necessary and that getting old is an amazing thing when you’re content. This is has also been the year of a severe identity crisis (which is still at its peak, by the way).

I spent a few days in Paris with my friend D, who so kindly put up with my chronic coughs, sniffles and constant nose-blowing and who knew Paris a little better than I did. It’s not a winter destination, I’ve learned that the hard way. The temperatures sat between 1 and 4 degrees with strong winds so walking around was a pilgrimage. However, I still got to see things I wanted to see, reconnect with people I met in Toronto and enjoy my time there. 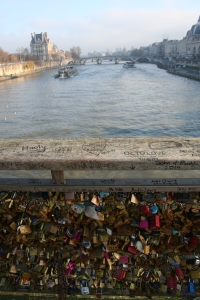 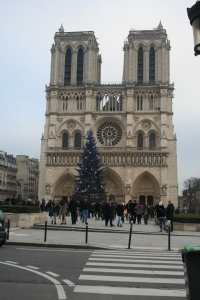 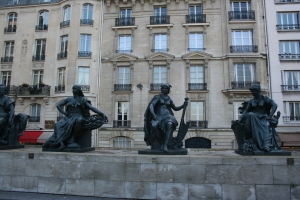 I also met some wonderful people on the way to Egypt from France. While on a connecting flight from Istanbul to Cairo, I had the pleasure of meeting Imran H., a hilarious and chatty British dude who did a stellar job of entertaining me during what was supposed to be my two-hour power nap. It was a nap worth skipping that’s for sure. I thoroughly enjoyed the pause-proof conversation with my raspy voice. A virtual shout out to him is in order. He and his friends were taking a Christmas trip through Cairo, Amman, Jerusalem and Bethlehem.

Egypt, on the other hand, was a homework trip that I had to find ways to enjoy.
By homework I mean that I had to go there immediately for multiple reasons (not for tourism) which included a cousin’s wedding, visiting my grandmother and making time for reunions with family members who were never in Cairo at the same time as me. I also collided face first with a reality that I was secretly aware of but never admitted, Egypt is far from home. It’s a heartbreaking truth to some, but it’s a truth I am very comfortable with. I met with some family friends who left Canada for Egypt and who openly expressed their discomfort with living there. I didn’t even need to completely relocate like them to feel that way, just landing at the airport I was forced to deal with a bitter agent who decided to scold me for forgetting to renew my Egyptian passport. A dose of foul sarcasm was not the nicest entry into the territory.

Two days after my arrival, my siblings, my cousin and I took a short trip to Hurghada, a coastal resort Southeast of Cairo. December is a little before peak tourism season so the resort was calm enough to keep me sane. It was a nice hotel with a gorgeous view of the red sea. However, the walking strip was limited and the party scene (which is already not my scene) is pretty lousy – I highly advise against Little Buddha Hurghada, everything from the security to the service is downright terrible. 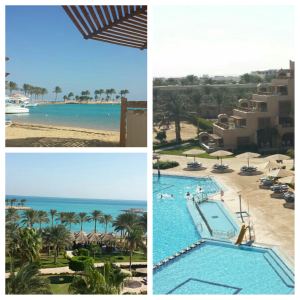 Returning to Cairo meant diving right into family visits, wedding plans, and catching up with hundreds of people. I ended up attempting to squeeze too much into the 10 days that I missed out on meeting up with a number of people that I needed to see (Sara, Mary, Yomna, Sundus and Hager: I sincerely apologize). It’s extremely difficult to move around solo. I don’t know directions, I can’t help taxi drivers with shortcuts, I am not in the know when it comes to places to go and I apparently don’t sound like I’ve lived in Egypt long enough. There’s a huge difference between traveling for leisure and traveling for obligation. When someone takes a trip abroad, they tend to be comfortable knowing they’re not from that place and exploring it however they want. When someone goes to a place she/he is taught to consider home and isn’t able to adapt (especially as an adult), they feel like outsiders among people who look just like them, so it’s almost like not being understood and not being welcomed either. It’s strange and at times disheartening. Cairo is a terrific place to live if you understand it, but a very difficult place to get used to. I don’t understand the traditions, I miss the punchlines, I can’t communicate like I live there: too polite means you’re foreign, too vocal means rowdy and too friendly means some kind of vested interest. You’re extra considerate with family (never say no), too careful with family friends, too conscious of what you wear, too controlled in social situations and too alert in public. Staring is a national language: you can’t tell if you’re doing something wrong of if you’ve got something on your face. At 28, it’s challenging to change everything from the tone of your voice to your body language and to second guess things that you’re comfortable doing and saying. This is a culture I will never be familiar with and there’s nothing wrong with that. I finally realized why home is more about comfort and less about ethnic similarities and language. The last thing I should care about is looking like everyone around me. 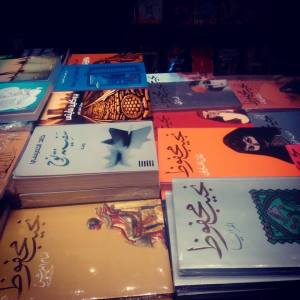 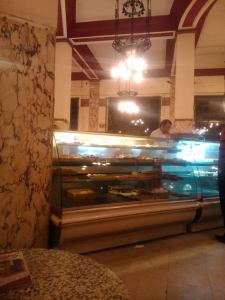 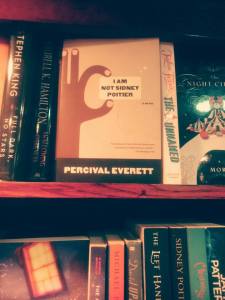 As I approach my 28th birthday, I don’t get discouraged by age (I don’t know why anyone does to be honest), I just realize I have to stop finding reasons to conform with things that don’t feel right to me and not to look for meaning in things I don’t need to understand. This may sound very abstract now, but I hope to spend the next year making sense of it.

If starting this year a little scared means finishing it off with a better understanding of who I am, then I am starting it right. I also can’t help but be a little nervous about what’s to come: collaborating with my brother on one of the most important projects of my life, re-starting writing after shying away from it for some time, saying/showing my ideas while doing things with less hesitation – yeah, this year can’t be any more frightening and I am pretty sure that’s a good thing. Getting older means totally shafting the comfort zone and doing things as organically and as honestly as possible, you sit less on the fence, you don’t dance around things, you sort of just do them regret-free. Along with being too old for a lot of shit, you get pretty content with what you have, very enthusiastic about what you want, extremely satisfied with making mistakes and insanely nervous about change. You demand less and hope a lot more. Happy beginnings!